The Supertyke was never meant to be a political blog. There are far better things to talk about. But the fact is, the world is going mad.

The Islamic State, as it calls itself, has made us suspicious and uncertain. We reject everything different from ourselves. It has given rise to figures like Donald Trump, like foul mouthed Katie Hopkins who spew their hatred over us all and make things worse instead of better. Britain First are gathering the ignorant and uneducated to their ranks, and nobody seems to realise what is going on.

Europe is falling apart at the seams over the refugees who are fleeing the terrorists, and in our panic we mistake them for the terrorists and encounter them with suspicion and fear. Thus the victims are victimised again. Brexit supporters are stirring things up with fear over mass immigration (all immigrants being potential terrorists) instead of looking at the financial aspects of leaving the EU. People such as Nigel Farrage are using the fear of the masses for their own ends.

We are going paranoid. Headlines spring up ending “.. so as not to offend the Muslims” and we believe them face value without checking out the facts.

But by bringing us down to their level, the Islamic State is winning the battle. They are teaching us hatred, and with such we counter them. But they are better at this job than we are. every bomb they throw, every suicide bomber, is turning us into something we shouldn’t want to be. Its time to look in the mirror!

We Yorkshire folk are not like that. We are noted for being tight-fisted maybe, but no one ever said that we were unfriendly or inhospitable. On the contrary, these are our strengths.

In the wake of the devastating blasts in Brussels German police have released a recording from Bilal. Bilal was a 17 year old lad living in Hamburg, originally from central Africa. At the age of 14 he starts to watch IS videos, takes part in distributing the Quran on the streets. At the age of 17 then he leaves the country for Syria to join IS, who had promised him a house and regular income.

Only two months later he is dead. The cause of his death is unknown, some say he was murdered by IS

Shortly before his death however, he records a message which he sends to his friends, warning them not to go down the path he did. The message is in German, but below is a transcript in English that I have translated for you… (warning: contains expletives)

It’s a little cumbersome, but it illustrates very well that the IS have absolutely nothing to do with Islam, and shows how they use young and gullible religious Muslims with false promises to perpetrate their acts of violence.

This is his story…

(The original audio in German, transcript below)

“when I arrived, I had such a heavy burdened heart. I arrived and the burden dissappeared. The first day I was here, everything was cool, second day too, that was the first house where we were, where the new ones arrive, and you stand there, no problem. After this house we went to Raqqa, to another house. And that was the same, and then we said, yes, we would like to stay in Raqqa, because all our colleagues here are from Germany.

we’ve never been to the training camp, they lied to us.

They say we’re going to the training camp, but we’ve never been to the training camp, they lied to us. They never told us the truth brother. And from here we were supposed to go to Iraq to the training camp, and one brother asked, may we go back to Sha (?) after the training camp? And they always answer positively, they say, yes yes hopefully (insallah) you can go back. He only says insallah insallah, yes. And then we travelled to the training camp. But we didn’t even go to the training camp, we went to another house. And then we were there, in this house. And we weren’t allowed to go outside, nothing. They brought us food and drink. The brothers argue there, all day long arguments, they promise us things but don’t hold their promises. They say, if you need anything just tell us. We tell them, but nothing happens. Been here a couple of days, fights break out. Brothers fight brothers and so on. We’re not allowed outside, we’re not even allowed to the mosque to pray, we’re not even allowed to the mosque to pray!! We’re not allowed anywhere. They say, you’re here now and you’re not allowed out. Then I just went out. Me and Erkan and another brother went outside, and said fuck what the others say about it, and we went to the mosque and had a meal outside, and my heart was free again. And we went back into the house, and it was like a prison. They say the electricity isn’t working, and we say its hot in here, and they tell us that they will attend to it, but they attended to it only on the last day when we were going. We say, when are we going, they say, after ten days we will go to the house. But we didn’t go to the house for another 18 – 20 days. They lied to us the whole time. They say in the afternoons you have time for yourself, so you can chill out and so. They say we will get our cell phones back, no problem. And then they come and tell us we’re not allowed to go back to Shaam (?). So we are here, we’re chilling, and now we’ve been told we’re not allowed to go out again, its like being in prison.. we’re not allowed out and we’re not even allowed to go to the mosque, they say “you’re not allowed” And I though to myself “Fuck It”, and I went to the mosque by myself. I simply went, they had gone there often enough. And there were brothers with us, Arabs.. And they said, they hadn’t had any free time, they had had no free time before being sent to the front.

You might just as well take a gun and shoot yourself in the head, its the same thing.

Now the worst comes: Brother, brother Amir, where they fight, they said to him “just fight, go to the front and fight” And they asked, “don’t we have a plan, or some tactics?” and he said “No, just fight” And he simply sends them to their death. You might just as well take a gun and shoot yourself in the head, its the same thing. They send the brothers to their death. They say win or perish. We came here to establish Allahs gate and to follow Allahs laws, not just to die. Do you understand what I mean? And this army isn’t up to scratch. He sends the brothers to their deaths. Now some brothers have dissappeared, we don’t know where the brothers are, they’ve simply dissappeared. there are even some brothers who are fighting without the army. They say fight, and themselves, they lounge around and do nothing. Do you understand? Thats not what this is about brother. And the brothers who went to complain, and what happens? They complain and are put into prison… And one brother wanted to go back to France, he said “I want to go back” and they said “no problem, come on”, and suddenly they put him into prison and he said “I thought I could go back” and they said “No, you can forget that, you’re staying here” And then they said, “We’re going to open a Europe House for people who have come from Europe”, and we travelled together with the brother, and he’s been there for three months, and they haven’t given him any money. Thy’ve told him that he will get his cases back, but he hasn’t got them back. He only got his cell phone. And then we travelled to another house where the Europeans go, and I said come on to the brother, and suddenly the brothers say “No, he’s not coming with you”. Why? He is European, he belongs to the European House. I don’t know what happened to him […] Its no fun here. Now I have made my own picture of this. If Allah wants me to go, I will, if not then I will not.

Some of the narrative is difficult to understand. The use of (probably) Arabic words throughout makes it a little difficult in some places. I have translated to the best of my ability, but there may be one or two inaccuracies, but not in the whole context of the text. 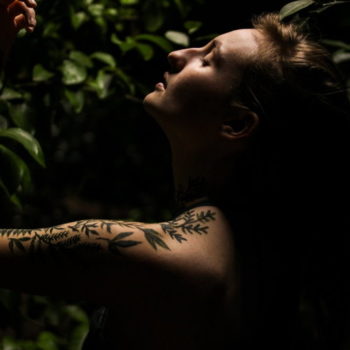 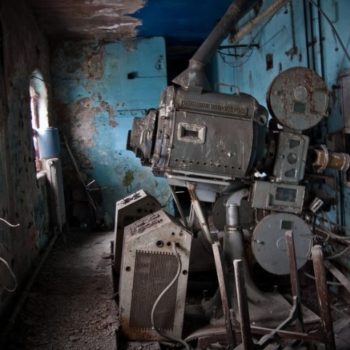 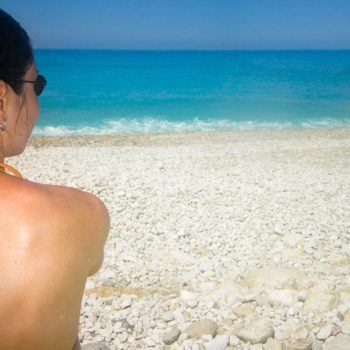