I came across a blog this morning called the last message received. As the title suggests, it deals with messages that people have received from friends and family, their last messages, and it stirred memories of a similar experience that I had to go through earlier this year.

She was a young girl who had come with two more girls to work with us twice in Germany during the summer holidays. The first time she came she was still very young and inexperienced. Add to that the lack of her knowledge of the local language and the problems didn’t take long in coming. I was the one who bailed her out. It might have been my job to do this, but she never forgot, and from this day called me father.

One day, shortly after she had returned home for the second time I received a message from her. It would be the last one. 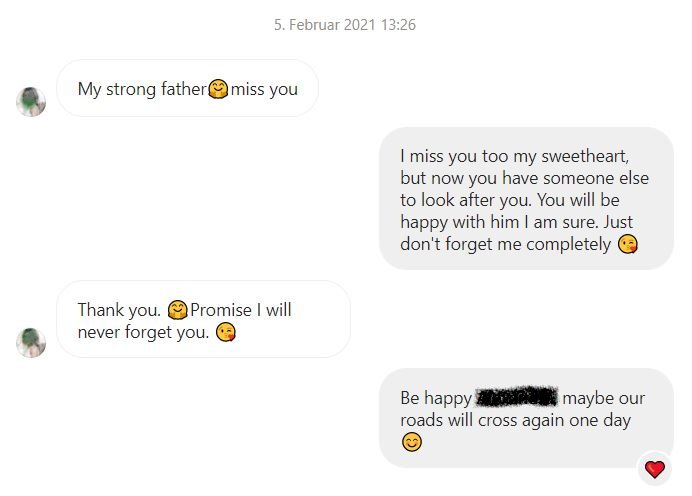 Hardly four months later she took her own life in a tragic series of events. The new person in her life mentioned in the message was her husband. Instead of looking after her, he took her with him to her death. And I am left here wondering whether this last message had been a cry for help.

Apparently not many people had known about this newest man in her life. At least I only heard shortly before the wedding. He was a strange looking guy, but I have learned not to judge people by their appearances, so I pushed away all negative thoughts. But by all accounts he was a troubled soul who mistreated her.

Shortly after the wedding they seperated. But he was obviously determined to make it work, and several months later he presented himself at the house of her parents, intending to take her back with him. Her father, however, was having none of that, and he left alone.

From here he made his way to the place where they had married earlier and hung himself. It has been said that he made a video of the whole process. This was apparently transmitted to her phone. Upon seeing what he was doing, she lost her mind and slit her wrists. And when this didn’t work, she crept out of her parents house, went to the place where he had taken his life, and hung herself too, leaving her family, friends, and myself heartbroken. She was just 22 years old.

Header Image is merely an example, taken from unsplash.com 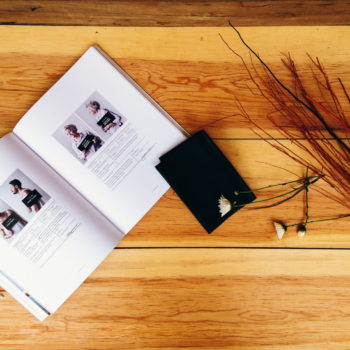