when I started this blog back in 2014 it was my aim to talk about my origins in Batley and highlight what was good about this town and Yorkshire as a whole. And, of course, there are a lot of good things to say.

However since the subject of Brexit has arisen, I have also seen the ugly side of Britain. I have seen a society split down the middle by a foolish decision by ex-Prime Minister Cameron to hold a referendum on the subject. I have seen hate such as never before. And its not just Britain that is suffering. A wave of hatred is being spread over the world as we fall into the trap set for us by radicals…

I have always been very proud of my heritage, proud to come from Batley, proud to be a Tyke. But at the moment I just feel ashamed. Ashamed of the hate, ashamed of the narrow minded racists in our society (for this was the only reason for Brexit), ashamed of the unabashed lies coming from certain parts of the British press…

We are shaped by our surroundings

Growing up in the old shoddy town Batley, I didn’t really have much contact to people of other ethnic backgrounds. There were enough of them around I suppose, just they kept themselves to themselves (for whatever reasons) and we did likewise.

I remember an Indian family moving into one of the houses in neighbouring estate when I was young, which caused a lot of gossip. When I asked why this was sich a problem, I was told that an Asian moving in would devalue the property of their neighbours.

its time we got rid of them, they crap in the streets

When I was about 18 years old, I had a friend who was a member of the National Front. I never thought much about it in those days. One day we went round Batley distributing propaganda leaflets to anyone who wanted them, and quite a few people did. Some of the coments made were unbelievable. Yes, its time we got rid of them, they crap in the streets, was only one of the comments I remember, and people actually believed this rubbish. Unbeleivable that 40 years later, we are still faced with the same prejudices stoked up by people like Nigel Farage, Paul Golding, Jayda Fransen and others.

At the end of that very same year, I went to Germany. The idea was to stay there for twelve months and improve my German, and hope that the economic climate in Great Britain would change. Because in the mid seventies, the British economy was on its knees. Strikes were crippling the country and it ended with the three day week. And all those tales being told by older Brexiters, that it was all so much better before we joined what was then the Common Market, just are not true. You could walk out of one job and into another? Absolute rubbish!

So I never came back. After getting to know my future wife, I subsequently married and settled down in a small town near Hamburg in Germany. The economic recovery came too late for me.

Arriving in Hamburg, I quickly noticed that the situation here was very similar to the one in Great Britain, the only difference here being that the ethnic mix of foreigners was largely Turkish and Yugoslavian instead of Indian and Pakistan, (it has however changed over the years). The prejudices awere the same however. At first I didn’t have too much contact, but gradually through work I got to know these people. First of all through the football team we had at work. Oh yes, that was a big thing in those days, to say “The chap I play football with is a foreigner”.

Things changed after getting to know my turkish wife

Things changed dramatically as far as I was concerned after getting to know my future wife. She was Turkish. At that time I had no clue about the Turkish Culture, and definately no clue on her religion: That of Islam.

Well, we married and we both kept our own religions, and it was not a problem for either of us. I started going to Turkey on my holidays, not to the tourist areas, we spent our holidays in one of the suburbs of Istanbul with her family. Thus I got to know and love the country and its people (which makes me sad to see what is going on in this country). And 30 years on I am still going. And believe me, these people aren’t so very different as we think.

So there we have it. Rabble rousers point to Germany, who have let in around one million refugees, and use this country as an example against allowing refugees into the UK, saying that Germany has been ruined by the influx of these people. They point to a rise in the crime rate, especially sex related crimes. But do you know? Contrary to popular belief the crime rate hasn’t risen at all. My life hasn’t changed, I have personally had no negative altercations of any kind with any of these people. What has risen, is the rate of racially motivated crimes against refugees and foreigners in general, especially in the old German Democratic Republic (who have the lowest rates of refugees and foreigners of the whole country).

So maybe its not the refugees who are the problem…

who would be stupid enough to think of such thing as a pure race?

I came across this video below a couple of months ago and posted in originally on my Family Tree page, as I am interested in Ancestry DNA. But this video also sends out a powerful message to all people who argue for “racial purity”. Not that they’ll listen of course…

I’m going to go a bit far right now, but this should be compulsory. There would be no such thing as, like extremism in the world if people knew their heritage like that. Like who would be stupid enough to think of such thing as like a pure race?

Unfortunately I personally think there are enough stupid people who would still believe… and that makes me very unhappy. 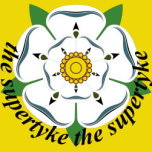