My father took one big secret with him to his grave; that of his mother.

We had known since my brother and I were teenagers that the woman we called our Grandmother (and she will be referred to as my Grandmother for the remainder of the story) was not in fact our fathers genetical mother. That fact became obvious after two little boys rummaging around where they had no business found my fathers Birth Certificate.

Unfortunately back in the 1970s we didn’t have the same means of exploring the family history that we do today. There was no internet on which one could go through Censuses and research as we can today. And the silence in the family on this matter was deafening. nobody ever talked about or even mentioned our skeleton in the closet.

Only when my Grandmother was nearing the end of her life at the turn of this century did she speak to her daughter about Gladys, and things came out into the open to some (albeit limited) extent.

goes thus: My Grandfather was actually courting my Grandmother, but also obviously having a bit on the side with Gladys as well, as she became pregnant with my father. And thus they married at St. Thomas Church, Batley on 28th September 1928. It has been handed down that everyone felt sorry for Gladys, as she had no family. Indeed according to the marriage certificate her father (Robert) was deceased.

And here the story might have ended. My father was born in March 1929. In September 1931 his sister Jean was born, she unfortunately passed away in February 1932 and is buried in an unmarked grave in Batley Cemetery.

But one man was obviously not enough for Gladys (the why’s and wherefore’s may become apparent later on in the story). My Grandfather, who at the time was a miner, used to work night shifts quite a lot and Gladys would spend the nights with another man. One night my Grandfather came home after the whole shift was sent away after some machine broke down, or so it is said. He came home to find out everything, upon which he took the two children and returned to his parents.

Gladys Greenwood was born 27th June 1909 in Scarborough, the daughter of Florence (née Hey), a Charwoman.

There is no father entered on the birth certificate, but with the help of census for 1911 (and the additional aid of the 1901 census) and the entry on the marriage certificate, we can trace her father Robert Greenwood to Stanningley, Yorkshire, where he was living with his mother Mary Bates, and stepfather Thomas, as well as his son William (who also was the son of Florence). William was 17 years of age, considerably older than Gladys. Gladys also had a second brother Herbert, who however passed away in 1898 aged 2 years

In 1901, Robert was living with Florence and their son William in Stanningley.

The question is, of course, what caused Florence and Gladys to be living in Scarborough while Robert and his son William were living with his parents in Stannningley, especially as, according to the 1911 census, both were still married. It is of course all pure speculation, but the most likely explanation would be that Gladys was conceived out of wedlock.

Robert Greenwood died in January 1921, her mother passed away in December 1922, and at the age of 13 Gladys was an orphan. At this time Gladys was apparently living in Batley, as her mother’s death is registered in Dewsbury.

What happened from there until she met my Grandfather is unknown. There were 3 workhouses in the area (Top of Carlinghow Lane, Dewsbury and Gomersal) and it is possible that she lived in one of these institutions, but again we are in the realms of speculation. And until the 1921 census is published, this mystery possibly won’t be solved. There is no evidence that she knew her brother, that she may have lived with him, certainly he doesn’t appear to have been at her wedding.

Gladys and Thomas Scott were divorced in 1933 on the grounds of Gladys committing adultery with a chap called Woodhead. It is unknown what happened to Gladys after this time. did she re-marry, have more children? Maybe this mystery will never be solved. Maybe it just wasn’t meant to be, as my mother said…

Sometimes coincidence helps you out. So it has come to pass that I have solved the mystery of what happened to Gladys Greenwood after she became a full orphan and before she married my Grandfather. Actually searching for something completely different (I forget what it was, I believe to find out the cause of her death), I ordered a copy of my Great-Grandmother’s (i.e. Gladys mother) death certificate. The informant was a certain Sarah Wood (cousin) of 2 Back Cross Park Street, Batley, which immediately caught my attention. A certain Harry Wood was witness at the wedding of Gladys and my Grandfather. Gladys place of abode at the time of the wedding (as certified) was in fact 2 Back Cross Park Street. So, there we have it. Gladys spent the years between 1922 and the wedding in 1928 living with Sarah and Harry Wood. 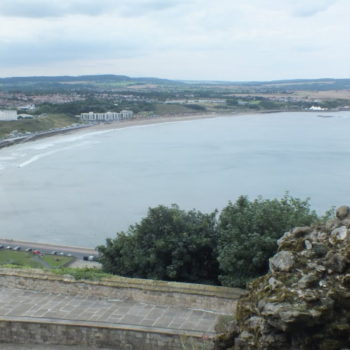