Home
Geneology
On The Trail of Gladys Greenwood

Last August my search for clues on the life of my genetic Grandmother Gladys Greenwood took my daughter and myself to Gladys’ birthplace Scarborough. As it turned out, I found nothing I didn’t know already, but the trip wasn’t wasted, as I spent three wonderful days in the old seaside town.

Gladys was born in Scarborough

Going up Auborough Street one notices that the housing before North Terrace was built later than the surrounding buildings. I’m not an expert on architecture by any means, but I could well imagine that these were were part of the Housing Confirmation Order mentioned above. They now form part of Friar’s Gardens, which used to be much shorter.

My next point of research was the Scarborough Arms on the corner of North Terrace, where I hoped to be able to talk to locals that may have remembered where North Terrace Gardens was. However, the fellow behind the bar was a young lad who recommended Google (as if I hadn’t researched there already), and nobody else in the pub seemed to remember this street. I also visited the Tourist Information Office, knowing that this was a long shot, and indeed it was to no avail.

It also seemed impossible to find true natives of Scarborough. All the people I talked to had moved to the coast sometime in the past, which ultimately brought me to a dead end. I did have a few interesting conversations, but none that helped me in my quest.

I was told beforehand that Scarborough has seen better days,

and maybe it was not the place to visit. I had, of course, visited the town now and again when I was young, but all memories of the place were long since gone. But I found it to be a fascinating place.

It saw its heyday obviously in the Victorian age, and is said to be the first of the British seaside resorts. Coming from a town in the West Riding that flourished mainly due to the Shoddy trade, I must admit that I’m partial to a lot of things Victorian, especially the solid architecture, although it was obviously the time to live only if you had money. If you were poor back in those days, then you really were poor. One can imagine the wretched life that Gladys and her mother Florence must have led. As a washerwoman it must have been very difficult for Florence to make ends meet at all for her an her child. She also obviously paid the toll of her surroundings, suffering later on in her life from heart disease and dropsy, as certified on her death certificate.

We (my daughter and I) were checked into an old Victorian Hotel on the North Bay, which led to daily walks to the South Bay, calling at various landmarks on our way. The most interesting, but longest, route is via the headland with the old castle perched on top, before coming down past the old St Marys church and further on down the road, past North Terrace, down the hill to the sea front.

The castle is very much worth a visit

although not too much remains of it. Apart from the ruins of the keep and the castle wall, you have a magnificent view over both bays. And at just less than a fiver to get in, it’s not too expensive. It is from the castle that the header pic was taken.

The castle was originally built in the 12th century to protect the harbour from attacks from Scotland and the European continent. It was destroyed to a large extent during the english civil war in 1645 after a 5 month siege.

St.Marys church, like the castle, also dates back to the 12th century, but was re-built at the end of the 17th century and restored in the 19th. It is here that Anne Bronte (The Tenant of Wildfell Hall), one of the Bronte sisters is buried. She died in Scarborough of tubercolosis on 28th May 1849. She was merely 29 years of age. Her weathered gravestone however states her age as being 28.

Our walk towards the South Bay took us past Gladys reputed Birthplace down towards the Grand Hotel, a magnificent building dominating the whole bay. Originally I had wanted to book into this historical landmark, but changed my mind later on.

To get down to the promenade the visitor has the choice of walking down the hill, taking in the amusement arcade of ones way, or taking the easy way on the Tramway (much more suited for getting back up, although we would take a very different route back to the North Bay).

The promenade of course much much like any promenade in the country I suppose. It is a little run down, yes, the amusements arcades have obviously seen better days and there’s not much in class gastronomy on offer. But still, there is much to be gleamed from this place. A walk on the beach is a must, although the water was still ice cold. And there is the harbour to walk around and even a small fairground. It is from here that we boarded the bus to return to the North Bay, travelling around the headland back to the hotel. 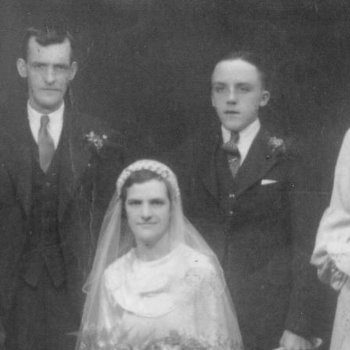